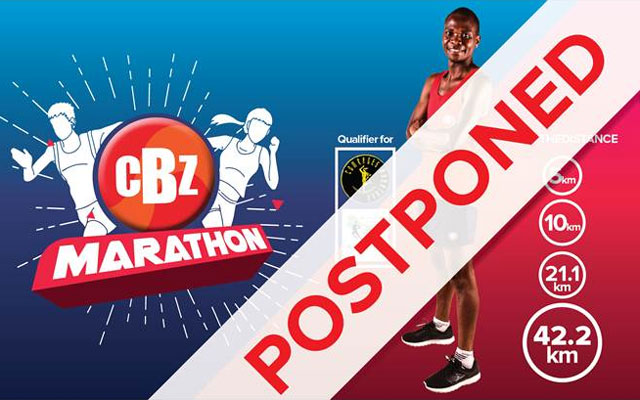 THE inaugural CBZ Holdings Marathon, which was supposed to be held this coming weekend, has been postponed indefinitely.

The event was scheduled for Old Georgians Sports Club on Sunday.

But CBZ Holdings’ group executive marketing and corporate Affairs, Laura Gwatiringa, said logistical challenges have led to the postponement of the road race.

Gwatiringa said some of the equipment, which was supposed to be used during the event, had not yet been received from South Africa.

“We wish to advice that the CBZ Marathon has been postponed to a date to be announced. We sincerely apologise for the inconveniences caused.

“But the challenges faced were beyond our control as some of the equipment and kits that were supposed to be used during the event is yet to come from South Africa,” said Gwatiringa.

The challenges can be attributed to the disturbances that rocked the country last week which made it impossible to move the goods.

The marathon is expected to attract high-profile runners from around the country as it is going to be used as a qualification event for both the Old Mutual Two Oceans and the Comrades marathon in South Africa later this year.